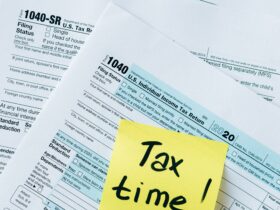 Libby and Tess Yost, the cosplayer twin sisters create a magnificent rendition of One Piece’s Nami and Robin in their Wano arc kunoichi attire. A One-Piece fan, the female twins in their Wano outfits created a magnificent costume that showcases how amazing the two pirate ladies would look in traditional Japanese clothing worn by the residents of Wano.

Although  Nico Robin and Nami are the only two female comrades of the Straw Hat Pirates, they have always played an important role in Luffy’s One Piece escapade.

The Wano Arc displayed Eiichiro Oda’s grasp of Japanese history and traditional culture, particularly in the appearance of the island and its inhabitants. Libby and Tess Yost’s cosplay set did a fantastic job of bringing two of One Piece’s fan-favorite characters, Nami and Robin, to life in that unusual environment, as per Screen Rant.

Robin and Nami of  Straw Hat

Nami first appears in One Piece at the beginning of the tale and was the second member to join Luffy’s crew after Zoro. Her preoccupation with treasure and seductive demeanor earned her the moniker “Cat Burglar” but also one of the greatest navigators in the world, and proved her usefulness to the Straw Hats during their excursions.

Robin, on the other side, made his debut as a member of the Baroque Works group, which was directed by Shichibukai Mr. Crocodile. She joined Luffy because Robin is fleeing the World Government as the lone survivor of the Ohara academics.

Luffy and his gang traveled to Wano to rescue it from the tyranny of Emperor Kaido and his puppet, the shogun Orochi, in that storyline.  Robin and other members of the Straw Hats entered Wano with the samurai, Kin’emon.

Robin proposed to everyone go undercover and take civilian identities until he and his friends could organize an army to mount an uprising against the shogun and Kaido, in order to avoid discovery.  She pretended to be a geisha in order to get closer to Orochi and collect information.

Following that, Robin dons a kunoichi “female ninja” outfit with a purple daffodil design and a dark purple Tsuke obi “kimono sash” with a giant blue bow, which is wonderfully replicated in the cosplay,  according to The Like.com.