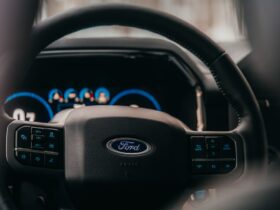 On Monday, Bandai announced the One Piece Trading Card Game, a new game based on Eiichiro Oda’s One Piece comic. The card game will be released in Japan in July 2022, and internationally later that year.

The upcoming TCG will be an entirely different game than the franchise’s previously published card games. The new One Piece card game will be distributed worldwide. It contains four themed starter decks based on four main factions from the series: the Straw Hat Pirates, the Worst Generation, the Seven Warlords of the Sea, and the Pirates of the Animal Kingdom.

A beginning deck based on characters from the anime flicks will also be available. The first booster pack series will be called “Romance Dawn,” after the opening chapter of the One Piece manga and Oda’s one-shots, which functioned as early drafts of his current ongoing manga. Official card sleeves will also be available for the game.

Each starter deck will cost 990 yen or about $9 USD. The initial set of booster packs for the card game, titled “Romance Dawn” will cost around $2 USD. The game is set to debut in Japan in July, and in the rest of the world before the end of the year. Below is a trailer in English that serves as an introduction, as per the Anime News Network site.

In August 2012, the 67th volume received the initial printing of 4.05 million copies, setting a new national industry record. In 2012, the manga received the 41st Japan Cartoonist Awards. In 2015, it set a Guinness World Record for “the highest prints released by a single creator for the similar manga book episodes.”

The series stars Monkey D. Luffy, a young boy who gets flexible abilities. After eating a mysterious Devil Fruit, he becomes the leader of the Straw Hat Pirates, a motley crew of adventurers.

They travel the world together competing with other pirate crews. Their goal is to solve the mystery of One Piece, a fabled treasure left behind by an infamous pirate captain.

VIZ Media publishes the One Piece manga in English. Funimation and Crunchyroll are streaming the ongoing anime series. Hulu and Netflix have selected seasons of the series. The show has made a comeback on cable television as part of Toonami’s late-night anime block, as reported by the CBR webpage.