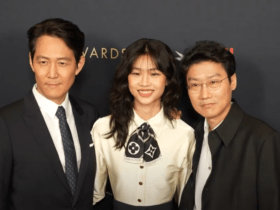 As the world’s attention turns to the Ukraine situation and South Korea prepares for elections, North Korea announced it completed another reconnaissance satellite test, launching its second ballistic missile-capable rocket in less than a week.

According to North Korea’s official Korean Central News Agency, the National Aerospace Development Administration and the Academy of Defense Science performed an “important test on Saturday under the goal of creating a reconnaissance satellite.”

The state news agency said the launch included testing of data transmission and reception, control command, and other ground-based control systems, according to Bloomberg.

North Korea launches out ninth missile test of the year

North Korea has long claimed that it is entitled to a civilian space program under international law, but the United States and others have accused Pyongyang of using the satellite program as a cover for military-grade ballistic missiles.

At 8:48 am, South Korea reported its northern neighbor fired what looked to be a ballistic missile from a location near Pyongyang’s international airport. Saturday, toward the sea off the eastern coast of the country.

The missile traveled 270 kilometers (168 miles) and climbed to a height of roughly 560 kilometers. Pyongyang’s latest launch was criticized by the US-Indian Pacific Command and the South’s presidential office, which urged Pyongyang to stop from further provocations.

Per NBC News, it was North Korea’s ninth wave of missile launches in 2022, as the country takes advantage of a diplomatic hiatus to build up its military capabilities while pressuring the Biden administration for concessions.

The announcement came as South Koreans lined up in lengthy queues at polling sites early Saturday morning to vote in an early presidential election scheduled for next Wednesday. The election comes after months of squabbling between the two leading contenders over whether South Korea should pursue peace with the belligerent North or adopt a tougher stance to counter its nuclear threat.

Other North Korean tests this year included a rumored hypersonic missile and the first launch of an intermediate-range missile since 2017 that might reach Guam, a major US military base in the Pacific.

Analysts believe North Korea will boost the ante in the coming months, perhaps resuming significant weapons tests such as intercontinental ballistic missiles, in an attempt to sway Washington, which is now focused on Russia’s invasion of Ukraine and regional competition with China.