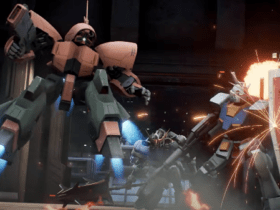 Fans will soon be able to carry home the Spider-Men of Spider-Man: No Way Home, as official release dates for the digital, Blu-ray, and 4K versions have been confirmed.

The scheduled dates were announced by the official Spider-Man Twitter account, which also included a photo of the film’s three live-action Spider-Men replicating the famous pointing meme. Peter Parker’s third appearance in the Marvel Cinematic Universe will now be published online on March 22, followed by a physical release on normal Blu-ray and 4k UHD discs on April 12.

Spider-Men on their way to our homes

CBR reports that No Way Home will now be released around a month later than the original February 28 release date, which was given by several merchants. Confusion regarding the film’s home video release arose a few days ago, when numerous digital shops withdrew the February release date in favor of the now-confirmed March debut.

Sony Pictures has yet to clarify what bonus features would be included with the blockbuster’s home release, but speculations claim that the Blu-ray will include an additional deleted scene with all three Spider-Men relaxing together.

In addition, Starz CEO Jeffrey Hirsch has reportedly confirmed that unlike other 2021 MCU releases such as Eternals and Shang-Chi and the Legend of the Ten Rings, Spider-Man: No Way Home will not be coming to Disney+ anytime soon and will instead make its streaming debut on Starz’s service sometime in the next six months.

According to Marvel Cinematic Universe Wiki Fandom, as the plot continues where Spider-Man: Far From Home left off, the identity of our friendly neighborhood hero is revealed for the first time in the film’s cinematic history. The revelation is causing him to struggle to balance his Super Hero responsibilities with his normal life, and it is putting those he cares about the most in danger.

After asking Doctor Strange for help in restoring his secret, the spell causes a rift in their world, allowing the most powerful villains that have ever faced Spider-Man to emerge from the depths of the multiverse. Now, Peter will have to face his most difficult challenge yet, one that will not only impact his own future but also the future of the Multiverse.

In addition to the impending home media releases, fans in most places can still see the film in theaters. No Way Home has apparently had a blockbuster theatrical run since its original Dec. 17 debut, and is currently the highest-grossing movie of 2021 and the sixth-highest-grossing movie of all time. In terms of American box-office gross, the film recently surpassed James Cameron’s Avatar.

The digital and physical home video editions of Spider-Man: No Way Home are now available for preorder at most major retailers.