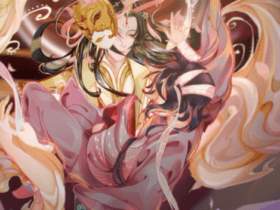 Rents in New York City fell at the fastest rate on record in January, falling 15.5 percent in Manhattan and 8.6 percent in both Brooklyn and Queens.

The low rents in Manhattan are attracting a large number of tenants. As landlord incentives dropped, the pace of new lease signings in Manhattan slowed. Net effective median rent grew but fell short of 2019. New lease signings grew year over year for the 12th month in a row, although at a slower rate. For new leases with landlord concessions, this is the lowest rate in almost four decades.

Rizwan, a TikTok influencer with over 831,000 followers for his videos asks people simple but probing questions about their rent. Ana, a respondent, said she is an entrepreneur. Rizwan is trying to figure out how much rent she pays, her answer is $3,800.

According to the report of Business Insider, Rizwan stated that getting a decent price in New York City is really difficult unless you have lived there for a long time or know someone directly. Rizwan has realized that local inhabitants have an easier time obtaining appropriate homes, but expatriates like him have to jump through hoops and compete more fiercely.

Issue of rent is significant

Art is a TV photographer who relocated to New York in 1956. Art’s marble countertop, which cost him over $3,000, is the most costly piece of furniture in his apartment. Rizwan estimates that Art pays $2,500 in rent, although he is a few hundred dollars off. Art claims to pay under $1,900 for a one-bedroom apartment, compared to the $3,195 median rent in New York.

Rizwan interviews Kaylan, a software developer from India who has resided in New York for five years. Kaylan, according to Rizwan, pays $2,300 in rent. Kaylan claims he pays $2,500 every month, which is $200 off, as written by the NYC Folks Report site.

A renter claimed they paid $700 for a one-bedroom in Washington Square Park. They said rentals in Manhattan have risen by 16%in the last year.

According to StreetEasy, the cheap rents seen at the start of the COVID-19 epidemic will vanish by 2022, and New Yorkers should anticipate rents and house prices to rise as the housing supply falls due to demand. This means both tenants and purchasers, regardless of income or position, would have to compete for the greatest locations in the city.