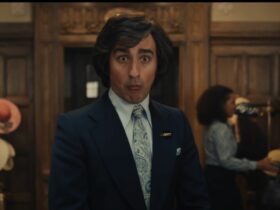 Get To Know About Gerald In Cruella

In March 2022, the streaming platform will be flooded with long-awaited series, comedy specials, and beloved films. Filmgoers can start the month off right by reviewing classic animated comedies like Shrek and Shrek 2. If you’re looking for a scare, you can now watch both 1984 original and the 2010 remake of Nightmare on Elm Street, Vanity Fair posted.

So, here is a list of top Netflix March releases that fans are looking forward to according to  She The People.

It is a five-part excellent documentary based on true crime stories and frightening cases from the 1980s. It will include interviews and stories from people who have lived with malevolent or malicious roommates.

Toni Collette, Jessica Barden, Bella Heathcote, and Jacob Scipio play pivotal roles in this thriller series. Following the life of a young woman who needs to set out together the pieces of her mother’s dark past after her town faces deadly threats and secrets due to an attack, the series will follow her.

3. Love, Life And Everything In Between (March 10)

Mishal Almutairi, Asser Yassin, and Ahmed Ezz will star in Love, Life, and Everything in Between, a pan-Arab anthology series premiering on Netflix. The series will delve into love, relationships, and dark humor.

This is a work of fantasy fiction about a man and a woman who are forced to separate and must be born again in a way to destroy the spell that has been cast on their town, which prevents anyone from falling in love.

This time travel story starring Ryan Reynolds, Jennifer Garner, Mark Ruffalo, and Zoe Saldana was released in 2022. It tells the story of fighter pilot Adam Reed, who travels back in time to 2022 and teams up with his 12-year-old self to save the world.

This is a Brazilian crime series that will be available on Netflix. It is based on the true story of a burglary that occurred in the Central Bank of Fortaleza in 2005, during which a group of thieves successfully robbed 600 million reals.

7. The Principles Of Pleasure (March 18)

This Indian series, starring Jim Sarbh, Rahul Bose, Suchitra Pillai, and Ankur Rathee, is a comedy-drama about Ray, a 24-year-old strange guy who tries to address his love life with his inner voice.

The well-known Bridgerton siblings will return, this time with the love story of the eldest, Anthony. Season 2 will star Jonathan Bailey, Adjoa Andoh, Simone Ashley, Golda Rosheuvel, Claudia Jessie, Luke Newton, and Charithra Chandra and is based on Julia Quinn’s second book in the Bridgerton series, Anthony And Kate.