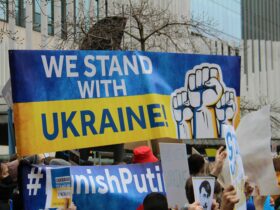 Next month will see the release of several new K-Dramas. So, it is made sure to keep readers up to date on all of the K-Dramas set to premiere in March 2022. With Kpop and South Korean dramas becoming an inseparable part of pop culture, the number of genre fans is skyrocketing.

K-Dramas are gaining popularity in the West, and some of them are even causing a Hallyu Wave around the world. As a result, you should not overlook the Upcoming March 2022 K-Dramas list.

Korean dramas come in a variety of styles and genres. There is something in this category for everyone, whether you like romance or action. Furthermore, each Kdrama has its distinct charm due to its short duration, Otakukart reported.

K-content has grown in popularity worldwide in recent years, and Koreans believe it has a lot to do with the country’s ability to offer variety, track global market trend lines, and relive stereotypes.

New K-Dramas on Netflix in March 2022

March will be a busy month for K-Dramas on Netflix, with two new dramas, one new weekly drama, and four returning weekly dramas. Here are all of the exciting new K-Dramas that will be available on Netflix in March 2022, according to whats-on-netflix.com.

Netflix has rarely seen dramas from MBC, but that doesn’t mean we aren’t excited to see what tomorrow has in store for us. Instead, we expect many K-Pop fans to tune in to watch Rowoon of the K-Pop boy band SW9 perform.

Despite his illustrious background, Choi Joon Woong cannot find work, no matter how hard he looks. But one night, he meets two death angels, Gu Ryeon and I’m Ryoog Gu, who works for a crisis management team that tries to prevent people from committing suicide.

2. Clean with Passion for Now (Season 1)

More JTBC goodness will be available on Netflix in March 2022. One of the few South Korean cable network dramas that did not make it to Netflix as an original series, but it’s better late than never.

Gil Oh Sol, a cleaning company employee, meets Jang Sun Gyeol, the company’s boss. When it comes to cleanliness, the two are opposed. Sun Gyeol overcomes his mysophobia and finds love with the help of Oh Sol.

With the second new JTBC drama on the way, it appears that Netflix will be receiving some of the network’s best dramas from 2018. Go Hye Ran is a determined anchorwoman for the popular news program News 9. She is devoted to her work and will not relent until she achieves her objectives. She meets an old lover and his wife one day and becomes entangled in a murder investigation. Her husband and a public defender, Kang Tae Wook, decide to defend his wife and repair their broken marriage.

Shin Ha Ri has been single for a long time and has had a crush on her friend for years, but she learns he has a girlfriend, which makes her extremely sad, so she seeks support from her friend Jin Young Seo. Young Seo asks Ha Ri to go on a blind date on her behalf and goes in with the intention of declining the date, only to discover that her date is Kang Tae Mu, the CEO of the company where she works.

During their sophomore year of high school, three women who met each other have remained friends for years and are now all approaching their forties. With such a significant birthday approaching, the trio still has a lot of goals in mind, such as lessons in love, careers, and family matters.

An overwhelming financial crisis in the 1990s crushes the dreams of two young people. When they reunite at the ages of 25 and 21, they discover friendship and affection amid adversity as they embark on adulthood together.

Jin Ha Kyung, a meteorologist at the Korea Meteorological Administration, Korea’s national weather forecast service, has chosen to isolate herself from the rest of her colleagues because she prefers to follow the rules and keep her personal and professional lives separate. When the free-spirited Lee Shi Woo is hired, he impresses Jin Ha Kyung with his intelligence and obsession with the weather, and he gradually begins to break down the barriers that Jin Ha Kyung has built around her heart.