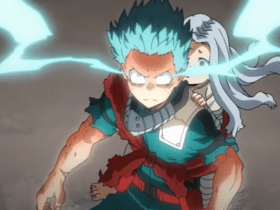 After moving the mission to 2025 from the original schedule of 2024, the National Aeronautics and Space Administration (NASA) has yet again pushed the schedule of the Artemis III mission to 2026. The long-delayed crewed lunar mission to put the first woman on the surface of the moon has faced numerous challenges that played a huge factor in the rescheduling.

Artemis III is the third flight as part of the Artemis mission. According to NASA, Artemis III aims to be the first spacecraft to bring a woman and the first person of color on the Moon. Through their cutting-edge technologies and cooperation with commercial and international partners, NASA will build the first long-lasting base to explore more on the surface of the moon.

While on it, NASA will study and learn everything it can. This will help them be ready to move on to the next major mission which is sending the first astronauts to Mars.

In a report by Daily Mail Online, NASA’s Inspector General, Paul Martin, detailed his investigation of the project. After reviewing NASA statistics, he discovered that each Artemis mission would cost at least $4.1 billion – and that’s just for the Space Launch System (SLS) rocket and Orion capsule that will transport the humans from Earth to lunar orbit.

Aside from the cost, NASA’s first three Artemis missions face varying degrees of technical risk, according to Martin, which will push launch dates from months to years behind the agency’s ambitions. He went on to say that if NASA does not reveal realistic costs for current and future Artemis missions, it will be difficult for Congress and the administration to make judgments about future budget needs.

Martin also stated that NASA is taking initiatives to decrease costs and speed the Artemis mission timetable, including changing procurement and program management techniques and utilizing commercial capabilities from companies such as SpaceX to construct the Human Lander System based on Starship.

Apart from Artemis III, Artemis I and Artemis II are scheduled as well. Artemis I plan to debut in July of this year, however that date has already been pushed back several times, the most recent to allow for a wet dress rehearsal. NASA is facing delays with Artemis II, which would see a crew of humans orbit the moon and return to Earth, due to plans to re-use Orion components from Artemis I, so is suffering a knock-on effect of the initial delays.