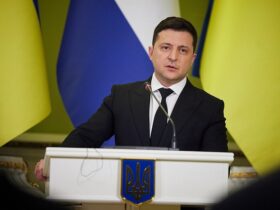 Viz Media, a manga publishing firm, has revealed that a new story centering on Kakashi, the Sixth Hokage, will premiere this summer. It was launched in Japan last  2019 and will be released in North America on July 26. With the novel series “Naruto: Kakashi’s Story – The Sixth Hokage and the Failed Prince,” Kakashi will go on a new journey.

The story is meant to fill the gap between the end of Naruto Shippuden and the start of Boruto: Naruto Next Generations. Apart from being one of the Hidden Leaf’s most powerful ninjas, Kakashi was also able to become the Sixth Hokage, serving as Naruto’s predecessor as the Seventh attempted to keep the Hidden Leaf together, as per Comicbook.

Kakashi Hatake is a made-up character in Masashi Kishimoto’s Naruto novel and anime franchise. Kakashi is the mentor of Team 7, which includes the main characters of the series, Sasuke Uchiha, Naruto Uzumaki, and Sakura Haruno.

At the age of 32, Kakashi Hatake took over as the Sixth Hokage, succeeding Tsunade. Because he was the best shinobi in the village, Kakashi was promoted to Hokage.

Hokages are chosen based on their strength, and his brilliant warfare techniques made him more than qualified for the job. Furthermore, he is the only non-Sannin to have completed over 1,000 missions in the Leaf Village’s history, as per Fiction Horizon.

Jun Esaka’s original story Naruto: Kakashi’s Story—The Sixth Hokage and the Failed Prince was drawn by Masashi Kishimoto. Kakashi Hatake comes in the Land of Redaku, a remote mountainous kingdom. According to legend, the Sage of Six Paths and the tailed creatures were drawn to the country’s peaceful and quiet ways.

Kakashi travels to Redaku in pursuit of knowledge about the Sage of Six Paths. His trip takes an unexpected turn when he discovers its inhabitants are unhappy and suffering from a dry spell.

An old woman tells Kakashi that the King died a year ago and that his daughter, Manari, is now Queen. Drought hit the country shortly after Manari took president, and people are now surviving on whatever little surface water they can find. Kakashi is taken aback by this, as Redaku’s king is believed to be able to use the Shuigu to bring rain to the country.

Manari wants to utilize the Shuigu to send rain to the people, but she’s frightened of doing so because the last time she tried, it resulted in a flood that swept away crops and killed cattle, resulting in the current food scarcity.

Although nothing is known about how the Shuigu works, all past monarchs have been able to utilize it without difficulty, prompting the Prime Minister to believe Manari was born lacking some necessary talent.

Manari proposes that Nanara, her younger brother, try out the Shuigu. The Prime Minister disagrees, calling Nanara a “failure” who decided to retire to Nagare Village rather than shoulder the responsibilities of leadership.

Nanara, the prince, who ought to be able to deliver water to the region with his abilities, has gone to another hamlet in search of the Sixth Hokage’s wondrous visions. Kakashi seeks down the prince. While once again mentoring the next-gen, he uncovers a deeper conspiracy that connects his objective with Redaku’s destiny, according to Naruto Fandom.