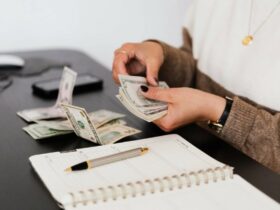 Over time, the Naruto universe has dramatically evolved on the concept of Jutsu, which now encompasses much more than shadow clones and transformation. The series includes Kekkei Genkai, or bloodline trait powers, as well as “hidden” Jutsu, which are similar to Kekkei Genkai but differ in that they can be taught rather than only inherited.

Most Jutsu techniques in Naruto can be taught, while others, such as the Byakugan Eye and the Sharingan and Kekkei Genkai, among other Rinnegan, can only be awakened.

Other techniques, such as replacement Jutsu or clone Jutsu, can be taught to anyone, and hidden Jutsu is somewhere in the middle. Anyone can learn Hiden Jutsu in theory, but shinobi clan politics make this difficult, according to the CBR website.

Hiden Jutsu refers to a secret tradition or skill that is handed down through generations in specific locations or clans. These skills are normally kept very secret by the organizations that possess them, in order to make sure that no one outside the organization or clan learns them.

As a result, rather than being inscribed or recorded, they are passed down orally. A few hidden techniques necessitate a specific aptitude or bloodline and are thus the pride and fame of the clan that owns them.

Many hidden methods, such as the Nara clan’s Shadow Imitation Techniques and the Akimichi clan’s Multi-Size Technique, are based on Yin or Yang Release. These techniques cannot be learned through simple observation; nonetheless, they should not be mistaken with Kekkei Genkai, which can be taught to anyone according to Naruto Fandom.