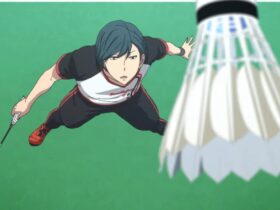 In January 2018, the manga was first published in Square Enix’s Young Gangan magazine. The manga’s eighth edition was published by Square Enix in October 2021, and the manga’s ninth volume will be released on March 25, 2022. On April 26, Square Enix Manga & Novels will release the fifth volume in English, Anime News Network reported.

Shinichi Fukuda created a manga series that they both wrote and illustrated. It first appeared in Square Enix’s Young Gangan in January 2018, and as of May 2020, it has been collected into five volumes. Shinichi Fukuda, the creator of the hit cosplay romantic comedy series posted on Twitter that the manga had sold over 5 million copies.

My-Dress Up Darling was a surprising hit during the winter anime season of 2022. Wakana Gojo, a shy high schooler who has dedicated his life to making Hina, a kind of traditional Japanese doll, is the protagonist of the series. Fearing rejection from his friends for possessing a purportedly feminine hobby, Gojo keeps his enthusiasm to himself and has spent the majority of his adolescence without a true companion, as per CBR.