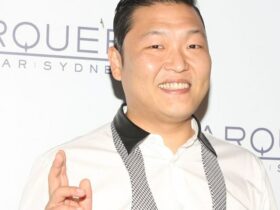 Meghan Markle has had a number of famous hairstyles throughout her time in the limelight. The Duchess of Sussex made sure that her hair was always dressed to perfection, whether it was for her wedding, innumerable royal engagements, or royal travels abroad.

New research revealed the most influential hairstyles sported by the Duchess of Sussex. The goal of the study was to figure out which of Meghan Markle’s hairstyles drew the most attention online. The former Suit actress’  elegant up-do for her wedding to Prince Harry in May 2018 was her most popular hairstyle., according to the Daily Express.

What is Meghan Markle’s most searched hairstyle?

The number of searches for the Duchess’ hair was 733 percent more than usual. Serge Normant created the classic sleek bun, which he combined with Queen Mary’s Bandeau Tiara.

Meghan Markle’s iconic braided bun look from March 2021 was the second most influential hairstyle. This was when the Duchess sat down for an interview special with Oprah Winfrey.

Meghan Markle’s hair was searched for 234 percent more than the average search volume when she wore a silk maxi dress by Giorgio Armani. The hairstyle of  Prince Harry’s wife from her visit to Canada House and The Hubb Community Kitchen on January 7, 2020 was her third most influential hairstyle.

The Duchess kept her hair in a tousled, basic wavy style with little treatment, prompting a 191 percent increase in monthly searches for “Meghan Markle hair.” This was the Duchess’ final public appearance before the news that she and Prince Harry would no longer be working royals.

The announcement of Meghan Markle and Prince Harry’s engagement on November 27, 2017, caused a 150 percent increase in interest in her hair. Thanks to a hairstyle of loose waves, this was the fourth greatest spike of all time.

Meghan Markle’s modest yet exquisite blow-dry hairdo for her post-Archie delivery appearance in May 2019 was the sixth most influential hairstyle for the Duchess. The number of people looking for her hair soared by 116 percent above the global rate.

Meanwhile, Meghan Markle’s dress from her and Prince Harry’s bombshell interview with Oprah Winfrey last year has now become fashion history. After being awarded the Fashion Museum’s 2021 Dress of the Year, the now-iconic black silk Giorgio Armani tea dress with a white floral design on one shoulder that the Duchess of Sussex wore during that interview will be on display.

“It’s generally known that members of the Royal family frequently use outfits to communicate a message through their choice of style, color, or design,” the museum said in a statement, as per Vanity Fair. The Duchess reportedly picked a dress with a lotus flower pattern “because of the flower’s symbiotic relationship with rebirth, self-regeneration, and spiritual enlightenment, as well as its capacity to bloom despite seemingly difficult conditions,” according to reports.