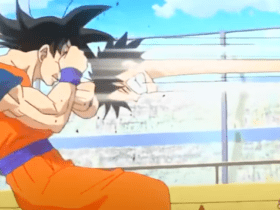 Prior to the official debut of MangaPlaza in March, NTT Solmare Corp. announced a series of unique pre-registration bonuses. These extras come in the form of a variety of items and promotions, including the international premiere of Obey Me!

NTT Solmare announced in December 2021 that it would launch MangaPlaza. It is a digital manga store that would give manga fans in the United States access to the largest digital content library. From a wide range of Japanese publishers, including major publishers like Kodansha and original titles in English. MangaPlaza’s storefront has a large selection of titles from several genres. It includes shounen, shoujo, seinen, josei, boys’ love, and adolescents’ love.

MangaPlaza’s project is based on the company’s aims of serving both the manga industry and the worldwide fan community. MangaPlaza intends to provide access to a greater choice of officially licensed digital titles by providing localized, personalized, and fairly priced material to international fans, eventually helping to the industry-wide efforts to curb the distribution of pirated material. As published by the Anime News Network.

MangaPlaza’s new service gives users the chance to read their favorite titles at their own speed. Users may have unlimited access to roughly 10,000 chapters for a monthly price, or they can buy them individually for a small fee without a membership, and most titles in the collection give one episode for trial.

One of the largest digital Manga Stores in the United States offers registrants before the official launch on March 1, 2022

Their e-book and digital manga site, “Comic C’moA,” has one of Japan’s largest digital libraries. It has been the market leader in Japan and larger Asia for 17 years. With over 15 million monthly users. The firm created the globally popular smartphone game “Obey Me!”

MangaPlaza posted on their Twitter account. For all those Japanese comic fans out there, a new website will be launched soon! Try MangaPlaza right now and start browsing for free.