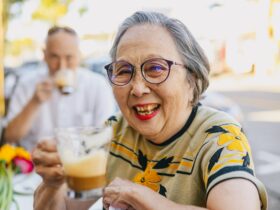 End up Saving Money in 2022 with These Amazing Senior Deals

The Department of Fukuoka Prefectural Police charged a 44-year-old male employee with copyright infringement for allegedly running a spoiler site that released virtually whole text from manga chapters without permission.

On May 7 and 21, the Tokyo-based corporation and a Kanazawa City employee released dialogue and photos from Yabako Sandrovich’s Kengan Omega manga chapters 60 and 62. They allegedly saw the series on Shogakukan’s Manga ONE app, created a written tale with screenshots from the manga, and posted it on the site. The suspects admitted to the charges, according to the authorities.

During the release last year, the manga’s editor stated that the firm is striving to prevent text and picture leaks, and those unlawful uploaders will be pursued “regardless of country, as per Anime News Network.

Shogakukan had initially demanded that the site’s service provider terminate the site in May 2020, and then Shogakukan had sought the personally identifying information of the site’s maintainers. The Tokyo District Court found that unlawful publication of manga conversation text constituted copyright violations, and the court ordered that the maintainer’s details be sent to Shogakukan.

From January 2019 to May 2020, Shogakukan claimed that the maintainers had released practically the whole conversation text of 63 episodes of Kengan Omega without permission. To prevent unauthorized downloads and early leaks of Hajime Isayama’s Attack on Titan manga’s last chapter, Kodansha began initiating legal action against many accounts & persons in March 2021.

In 2010, police detained a then-14-year-old middle-school student for illegally distributing One Piece and other comics before their official release dates. Over the last two decades, police have made about the same number of pirate arrests. Publishers have previously allowed measures against persons who have shared images without permission

The editors of the Manga ONE app revealed  Manga Kans Netaba review Impressions and Spoiler reviews. Which hosted not only web content materials for Kengan Omega but also many other manga titles, according to the Anime Feed.