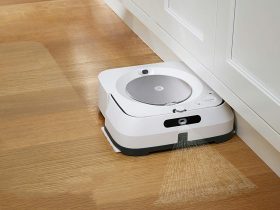 Can you compare any mobile company with Apple? Well, you can’t because Apple has become the pioneer in the field of electronic gadgets. Apple is now going to launch its Magsafe Duo wireless charger in India and has also revealed the price. Apple has recently launched iPhone 12 mini and iPhone 12 Pro Max in India, and along with this, it has also launched its Magsafe wireless charger. It was announced when the iPhone 12 was going to launch in India. The Magsafe duo wireless charger price has been revealed, but there is no surety on the charger’s availability. In ­­­­­­this article, we will be discussing the price, specifications, and everything you may need to know about this charger. So, Stay tuned.

The Price of Magsafe Duo Wireless Charger in India.

The Price of Apple’s Magsafe dua wireless charger has been revealed in India and America. Although the charger is still not available in the market and has still been marked as “coming soon” on the Apple Store, Apple has still marked the price on it. The Magsafe duo wireless charger price in India is Rs 13,900, and in the US, it is 129 dollars. The price for a regular MagSafe charger has also been revealed; it is Rs. 4,500 in India, and in America, it is 39 dollars. Here is everything about the pricing, and now let’s move on to the specifications of this Magsafe wireless duo charger.

Talking about the specification of the Magsafe wireless charger, it has everything you could ask for. We are using the term ‘duo’ because you can charge your Apple watch plus your iPhone from this charger. Unluckily, this feature is not available Magsafe; it is only for Magsafe duo. There are some accessories which you will get with this charger. The accessories include a Type-C cable, but you will get an adapter with this charger. You have to buy an adapter separately; you will only get a Type-C cable. The charger will charge your iPhone without any wire, and also it is embedded with the fast charging mechanism. It can charge your iPhone and your apple watch in just an hour.

Other things have been revealed by Apple apart from iPhone 12 and Magsafe duo charger. Leather Sleeve Case is also introduced on the Apple Store, and its price has also been revealed and stated. You have to pay Rs 12,900 for these leather Sleeve options, and if you are in America, you have to pay a dollar 129. They are available in many color options like Red, Pink Citrus, Saddle Brown, and Baltic Blue color.

Well, there is no confirmation about the availability of the Magsafe duo charger because it hasn’t been revealed yet. But, it may be available soon on Apple Store for sale purposes. 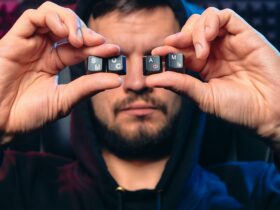