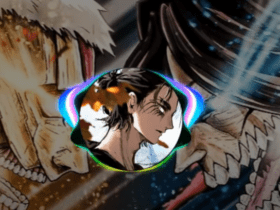 On Monday, PC gamers were able to download the newest Nickelodeon All-Star Brawl (NASB) patch. While Powdered Toast Man was one of the game’s most powerful characters, he was also targeted by this “nerf-heavy” NASB patch in March 2022.

Most characters’ down-air strikes were nerfed in the March 2022 Nickelodeon All-Star Brawl patch. It was previously possible to chain multiple down-airs offstage in order to edge guard opponents at early percentages, however, this is no longer the case. Many down-airs are no longer useful because of the recent update, which increased their length.

According to Upcomer, nerfs were made to many characters’ Aerial Down Light and Aerial Down Strong. Some of the more well-known ones are SpongeBob SquarePants and his friends, as well as Aang and Korra, Lincoln Loud and Leonardo, April O’Neil, Zim, Helga, and Oblina.

Some notable changes in the March 2022 NASB patch

The 1.10 update for Nickelodeon All-Star Brawl released by Ludosity, adds a few new features and balances the fighters! In Training Mode, you can now face off against another player. Here are some of the updates MP1st revealed, which were made to the game as of the March 14th patch date.