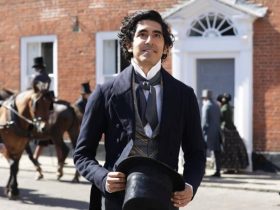 The Love All Play television anime’s official website announced that the launching will be on April 2 at 5:30 PM on Yomiuri TV and NTV. The seven members of the supporting cast as well as the first key visual were revealed.

Dam Miyata will adapt the animation into a manga. There will also be a one-day photoshoot event.

The title of the anime stems from the score (love-all) at the start of a match. According to the anime’s website, which claims the shuttlecock’s initial speed following a smash makes badminton the “world’s fastest sport”, as per a published article on the Anime News Network website.

Ryou Mizushima is the protagonist of the novel. He joined his middle school’s badminton team with a lot of enthusiasm, but without a decent coach, ended up in the shadows. Despite this, he was able to make it to the prefectural competition due to his physical ability.

Ryou has joined the elite badminton team at Yokohama-Minato High School. He is under the tutelage of great coach Ebihara and surrounded by outstanding teammates. He aspires to be a world-class athlete and compete in the inter-high tournament with his high school squad.

Natsuki Hanae will play Ryou Mizushima, the protagonist in the badminton anime. A new teaser trailer was released accompanying the casting information.

In the spring of 2022, Love All Play is slated to launch. It is based on Asami Koseki’s novel series, which spans four years from 2011 to 2014. In August 2021, the month of the anime’s announcement, a special edition of the first volume was published.

Ryou is the focus of the first volume, and he started playing badminton by accident in middle school. Ryou earns a scholarship at the elite Yokohama Minato High School, where he encounters a diverse group of classmates who are all different from him, based on the written post on the Trendz.net webpage.