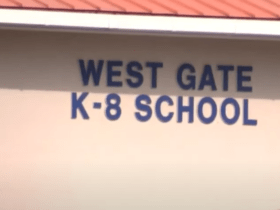 Aniplex of America recently revealed that the US debut early screening of the third season of the Kaguya-sama: Love is War television anime, will take place on April 2 at 4:00 p.m. at the Aratani Theater in Los Angeles as well as at the Japan Society in New York at 7:00 p.m.

The presentation will contain the first episode as well as a chat session with Aoi Koga as Kaguya Shinomiya, Konomi Kohara as Chika Fujiwara, Makoto Furukawa as Miyuki Shirogan, Miyu Tomita as Miko Iino, and Ryota Suzuki as Yu Ishigami.

The previous two anime adaptations of Aka Akasaka’s Kaguya-sama: Love is War manga debuted in January 2019 and April 2021. The Aniplex of America will also release the anime on Blu-ray Disc. Funimation broadcasted the second season of the anime as it aired in Japan, as well as subtitled both seasons.

Tickets are on sale on Tuesday. Bonus Rewards will include a poster and a limited-edition Kaguya tote bag, as per the Anime News Network site.

Kaguya-sama: Love Is War by Aka Akasaka is a Japanese rom-com novel series. In May 2015, it began publication in Shueisha’s seinen manga magazine Miracle Jump, and in March 2016, it was switched to Weekly Young Jump. Viz Media licenses the manga in English in North America.

Miyuki Shirogane and Kaguya Shinomiya are the student body’s top representatives at the prestigious Shuchiin Academy. Miyuki is the president of the student committee and is widely considered as the top student in the region by both colleagues and seniors.

Along with him, vice president Kaguya—the eldest daughter of the affluent Shinomiya family—performs admirably in every field imaginable. They are the perfect couple, and they are the envy of the whole student body.

Despite the fact that both have affections for the other, neither is willing to admit it. The first to concede defeat will be scorned and viewed as the lower degree of two protagonists. Miyuki and Kaguya are both equally motivated to be the ones to emerge triumphant on the battlefield of love, with their honor and pride at stake, according to My Anime List page.

BTS Jungkook: What The Golden Maknae Is Hooked About These Days? [SHOWS, SOCMED UPDATES]