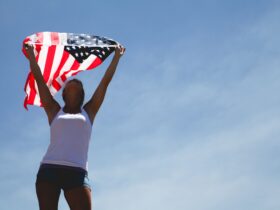 Due to the COVID-19 pandemic, Americans have asked the national government to send more stimulus grants or regular monthly subsidies. The popular Child Tax Credit, which was authorized as part of Biden’s American Rescue Plan in the spring, has been regularly mentioned by politicians, despite the fact that Congress does not appear to be going to approve a fourth round of stimulus checks.

Last week, though,  the final Child Tax Relief payments, which were approved as part of the American Rescue Plan, apparently mailed out. The payments to parents would have been extended under the Build Back Better Act, but Manchin stated he would not vote for it.

To justify his objection, the Democrat from West Virginia expressed worry about the rate of inflation. Consumer prices have risen by about 7%, the highest rate in nearly four decades.

Despite the fact that moderate Democrats and Republicans have often expressed reservations or opposition to the Build Back Better Act, renowned economists have stated that the plan will actually absorb the pressure of growing consumer prices.

The Democratic measure is also unlikely to have a big influence on the present inflation situation, according to the highest rating agencies in the United States.

The White House talked to Treasury officials and others about conducting double payments in February if they can get it done in January, according to White House Press Secretary Jen Psaki. The president, on the other hand, wants to see this go ahead as soon as Congress returns.

With Manchin’s announced opposition,  it looks that the Build Back Better Act will be defeated. Because Republicans are uniformly opposed to the bill, Democrats had hoped to approve it through the budget reconciliation procedure.

In order for Biden’s plan to pass in an equally divided Senate, Democrats would need all 50 members of the Senate’s Democratic caucus to support it.

Since the beginning of the discussions, Manchin has been a skeptic of the Build Back Better Act. Progressives and the White House have been upset by the moderate Democrat’s inability to achieve an agreement on the package during the last few months, as reported by the Newsweek paper.

In the beginning, Manchin was opposed to the hefty price tag, prompting Biden and Democratic leaders to halve the total cost. After that, the senator continued to express worry about the possible impact of major climate change laws on inflation.

What Will Happen If Manchin Opposes the Fourth Stimulus Check?

Manchin should have explained to Virginia why he couldn’t stand up for the great cause of people’s special interests, according to the politician Bernie Sanders.

One of the most significant points to keep in mind is that in order to ratify the build-back better plan, every single democrat, namely all 50 senators, had to have voted in favor of the fourth stimulus package.

However, because of what just transpired, it’s going to be a little more difficult to have it approved right now. Here’s a list of the programs that are directly on the line. Unfortunately, this implies that the child tax benefit will soon come to an end, as per the report of Lee Daily news.

It’s virtually the same amount of money that some of the most vulnerable people were able to afford. Pre-kindergarten will no longer be provided for some of the families.

The improved costs for healthcare products and other types of diverse programs, especially in relation to certain industries, will not be happening anymore because of the healthcare extension of the paid medical and family leave.

IRS Starts Mailing Copies of Letter 6419, Keep It for the Rest of Your Money