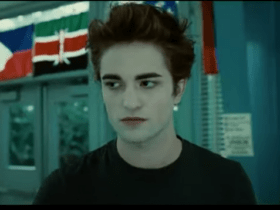 The Internal Revenue Service sends letters to millions of parents who got advanced Child Tax Credit payments last year, pushing them to use Letter 6419 to complete their tax returns.

However, the agency was alerted that some of the letters may contain erroneous information on Monday.

Error Due to Update in Information

Some tax filers claim that the dollar figures specified on the Letter 6419 that they’ve gotten so far are wrong, according to reporters on the call Monday. The IRS is investigating these concerns, said the IRS officials.

Charles Rettig told reporters he has no idea how many letters are incorrect, but it isn’t in the millions or hundreds of thousands, Detroit Free Press posted.

Rettig stated that when more details about the case become available, the IRS will provide them.

According to Ken Corbin, commissioner of the IRS’s wage and investment division and chief taxpayer experience officer, issues may involve taxpayers who moved or changed bank accounts in December and are now seeing discrepancies. He added that they could have sent the letter before the taxpayer had received any funds in some circumstances.

No Red Flags for Those Who Followed Instructions

CBS News wrote that the IRS said that people who follow that instruction and have no red flags on their tax returns should receive their refund within 21 days. “Right now, we aren’t sure,” Corbin said when asked how long it might take to get a refund if someone files on paper or makes a mistake on their returns. Because the enhanced tax credit was paid half in advance, reporting accurate data about the advanced CTC payments is critical.

Corbin believes they deliver the incorrect letters to a limited number of taxpayers rather than millions of children. He stated that the internet gateway is correct and should check IRS.gov.

In addition to the letters, tax filers can evaluate the number of their payments in their Online Account, which must be set up on IRS.gov. The IRS will also be mailing Letter 6475, which relates to the third Economic Impact Payment, which was issued from March to December last year, as early as this week.