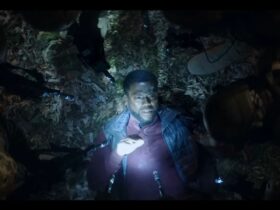 New movie on Netflix,” The Man from Toronto”

Since the aftermath of the Civil War, Tony Stark, nicknamed Iron Man, has been on a never-ending quest for atonement, with different degrees of success. Iron Man made a few problematic decisions during Civil War, despite his best intentions. Tony Stark was forced to make various difficult decisions as a result of this pivotal event, many of which turned out to be major blunders. Stark, though, being a hero at heart, has attempted to redeem himself in some way over the years.

After Matt Fraction and Salvador Larroca’s Invincible Iron Man #24, Iron Man’s search for forgiveness begins. Tony’s entire brain had been rebooted by the end of this storyline, and he had no recollection of the Civil War. Many of Tony’s errors were deleted from his memories, including tracking down his fellow heroes, imprisoning them in the Negative Zone, and even cloning a new Thor who was responsible for Goliath’s death.

Iron Man was practically reborn, and he developed a completely new suit of armor and proceeded forth into the future. Tony also established a new company in Seattle called Stark Resilient. Stark Resilient prioritized renewable energy sources over armament production.

Tony, unfortunately, relapsed into drinking, which had a negative impact on his mental health. Furthermore, The Mandarin exploited Stark’s issue with alcoholism against him when he returned to destroy his livelihood. The Mandarin employed a slew of minor villains to make it appear as if Tony was battling while inebriated.

The criminals also messed with Tony’s repulsor unit, causing his heart to stop working. Tony appears to have surrendered his post after almost handing over his technology to the authorities, as per Verve Times.

Tony had, in fact, handed the role to War Machine, instructing his best buddy to imitate his own death. Tony proceeded to play things close to his chest from this point on, isolating himself. Iron Man abruptly resigned from Stark Resilient and took a leave of absence from the Avengers.

Before The Mandarin kidnapped Stark, none of his buddies realized what he was up to. For several months, the villain had total control of Stark’s body, forcing him to manufacture Titanomechs for him. Fortunately, while in captivity, Tony was able to persuade some of his enemies to turn against The Mandarin before they all joined forces to destroy the Titanomechs.

Tony accomplished a lot of good work during this time period, and he had all the right intentions. Some of Stark’s greatest achievements include his fuel-efficient repulsor technology, restoring Asgard, and creating a firm that could operate without him. Tony was backed into a tight corner when things became tough and The Mandarin attacked.

Tony’s company, armor, and even his body were all compromised due to a lack of options. During this time, Iron Man had to make a number of difficult decisions, which isolated him from his friends and allies. These were not as catastrophic as his mistakes during the Civil War, but they did cost him a lot of money, according to CBR.

Tony had to leave his job for a while after lying to his pals, he clashed with the US government, and he even worked for The Mandarin for months. Tony remains an intriguing character, maybe as a result of all of these dubious practices. Iron Man has the greatest of intentions when it comes to developing new technology and envisioning a better future.

My Dress-Up Darling: 1.5 Million Spread Prints Since the Debut of Anime