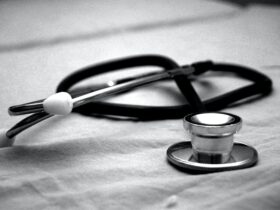 According to reports, US chipmaker Intel announced intentions to invest as much as $88 billion throughout Europe as part of an ambitious expansion to correct global imbalances in the semiconductor sector that have resulted in severe chip scarcities.

Tens of billions of dollars will be invested in the company’s chip production and research and development centers in Germany, Ireland, France, and Italy over the next decade.

As reported by MSN, a more balanced and resilient semiconductor supply chain is the goal of Intel, which has announced that it will deliver its most advanced technology to Europe. The European Union has launched a $47 billion “Chips Act” to help the region become a major semiconductor producer and reduce its dependence on Asian markets for the small components, which act as the electrical brains for everything from cars to cellphones and game consoles.

The world economy has rebounded from the COVID-19 pandemic, but the supply of chips has not kept up. Ursula von der Leyen, president of the European Commission, praised the news as the first big accomplishment under the EU Chips Act.

Upon receiving European Commission approval, Intel plans to begin construction on two new plants in Germany in the first half of next year, with production beginning in 2027. The company claims that it will produce some of Intel’s most advanced processors, as well as chips for the company’s external clients.

According to The Wall Street Journal, Intel is also tripling its production area in Ireland and focusing on one of its most advanced chip-making methods there, all for a total expenditure of approximately $13 billion (€12 billion). In Italy, where semiconductors are packaged and completed, Intel aims to invest up to $4.9 billion (€4.5 billion). Research and development facilities are being planned in France and Poland, respectively.

New Jersey Dad Forced Son to Run on The Treadmill Causing Him to Fall, Die