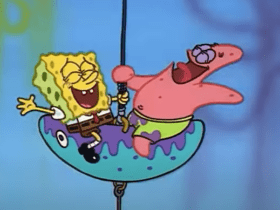 When being targeted in an intimidation campaign after his findings went public in 2020, the Delaware computer repair shop owner who alerted feds to damning emails, text conversations, images, and financial records on Hunter Biden’s laptop claims he’s since lost his store and now faces bankruptcy.

The contents of the laptop, which came into Mac Isaac’s care in October 2020 after a “inebriated” Hunter Biden brought it in for repairs in April 2019 and never picked it up, according to the 45-year-old store owner.

Emails discovered on Hunter Biden’s personal computer revealed questionable business ties with foreign officials by the current US president’s son, as well as messages showing him frequently using the ‘N-word’ and unintentionally paid a prostitute $25,000 from an account tied to his father.

It also revealed Hunter Biden’s attempt in 2015 to arrange up a meeting between Vadym Pozharskyi, a Ukrainian energy expert, and then-vice President Joe Biden, as well as other examples of Hunter Biden attempting to profit from his family ties.

According to Daily Mail, after the contents of the laptop were leaked, Mac said the in-person threats were so severe that he had to recruit the help of local cops to provide him with round-the-clock security.

Things became so terrible that on November 5, 2020, Mac Isaac was compelled to close his business at Trolley Square and quit the state. He spent about a year in Lakewood, Colorado, with his family and went to woodworking school. Isaac came into issues with government officials when he claimed unemployment benefits in December 2020, as per NY Post.

Mac Isaac claimed he was thwarted on numerous sites even after social media began allowing the Hunter Biden stories to proliferate. He claimed that YouTube was “shadow-banning” his video by allowing it to stay on the site but deleting it from their standard algorithms. He said that his Facebook posts were restricted throughout 2021, culminating in a 30-day suspension in September, which he successfully appealed.