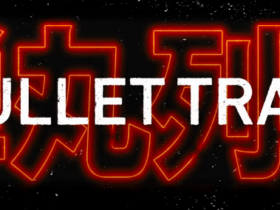 P-Bandai collaborated with Nike to announce the Unicorn Gundam SB Dunk High and revealed 3 new Gundam Japanese animation projects for 2022.  That Includes the Witch from Mercury and  Mobile Suit Gundam. The exclusive kits that have been announced at Gundam Expo 2021, for 2022.

According to the Anime Collective Arrival, times are liable to change or delay. This post will be updated as new kits are disclosed.

GunPla continues to suffer from material shortages. Bandai Spirits had given the fans some hope by releasing more schedules for many of the famous kits in 2022.

These kits will be available as a lottery sale at the Gundam Base Web store.

Pre-orders began on December 10th, 2021, through the Premium Bandai Gundam Base Web Store. More upcoming releases will be added to the list.

Due to the emerging infectious diseases, shipping of kits outside of Japan may be delayed or pushed without notice.

Bandai Spirits have revealed a list of GunPla that will be released in January 2022.

SD Gundam World Heroes will release an SD kit of the Robin Hood Gundam AGE-2 in February 2022. Elements arms, a bow, a mask, clear parts, and foil stickers are included in the kit. You can also replicate the bird-shaped support structure by incorporating certain parts of this kit.

In March 2022, an SD kit of the Saizo Gundam Delta Kai from SD Gundam World Legends will be released. The set includes a weapon, shurikens, a mask, and foil decals.

In February 2022, an HG 1/144 kit of Gundam Zabanya (Final Battle Ver) from Mobile Suit Gundam 00 The Movie -Awakening of the Trailblazer- would be released. The following weapons are included in the kit: GN Holster Bit and GN Rifle Bit II. . Based on the published news on the Anime Collective site.