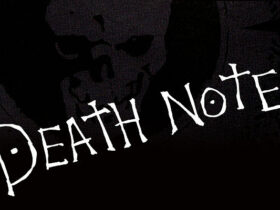 The global supply of oil impacts gas prices. Any disruption in supply, wherever in the globe, will have an impact on oil prices.

To sum up, oil prices are monitored all around the world. Any supply disruptions or uncertainties lead the price to surge. According to WUSA 9, because gas is sourced from oil, its price grows at a rapid rate.

For the first time in almost 14 years, the national average price of gasoline has surpassed $4 per gallon. Gas prices have increased by more than 40 cents a gallon in the previous week, and are now $1.30 more than a year ago. In a few days, the nationwide average price might hit new highs.

Gas prices in the US, worldwide are affected by the Russia-Ukraine war

Oil prices rose into the triple digits following Russia’s invasion of Ukraine. Russia is the second-largest oil producer in the world, accounting for 10% of global output.

Because of the likelihood of supply interruptions as a result of conflict, oil markets are concerned about geopolitical risk. Bank sanctions, withdrawal from Russian oil and gas, threats of oil import restrictions, and merchants avoiding Russian oil all contributed to increased prices.

President Joe Biden isn’t the only one to blame for the $4 per gallon gasoline price, according to the New York Post, but that doesn’t excuse the administration’s poor policy decisions. New lease sales on federal lands and waterways were immediately prohibited, and the Keystone XL project was halted.

Approval of these projects would have little immediate influence on prices, but it would provide investment certainty, create jobs, and retain America’s position as the world’s leading oil and gas producer.

As a result of Russia’s conflict in Ukraine, several gas price records have been broken, prompting Western countries to impose punitive sanctions on Russia, reducing Russian crude oil supply to the global market.