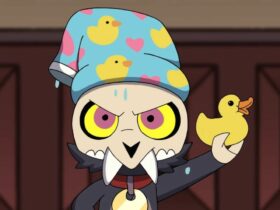 All the update of the owl house season 2 episode 11

As Psy teases a “coming up next” poster with three photo frames, fans wonder which retired K-pop idols will make a comeback with Psy’s P Nation. He teases a new P Nation event, leading K-pop fans to wonder if it is a retired idol joining the label.

Fans of K-pop are well aware that Psy, the CEO of the K-pop label P Nation, has been dubbed the genre’s godfather. After leaving YG Entertainment, the famous ‘Gangnam Style’ singer established his label, which quickly became known as a haven for idols who had left their labels due to controversy or had been kicked out due to other issues. P Nation, billed as the Redemption label in K-pop, now has a devoted artist lineup that includes idols like Jessi and former Cube Entertainment artists HyunA and Dawn.

Fans of many idols whom their labels have unjustly neglected show that their favorites are “adopted” by Psy so that these idols can have a second opportunity in their careers for this reputation. Many K-pop fans express that former Cube Entertainment singer Soojin, who was part of (G)I-DLE and whose contract ended after she was defamed of school bullying, is now P Nation Psy teases a new event with a “Coming Up Next” poster, LPN posted.

P nation and its new artists

Given P Nation’s track record of resurrecting K-pop idols as Psy takes them under his wing, when the label released a new teaser on March 16, the entire K-pop fandom on Twitter speculated on what it could mean. Psy is seen holding three faceless photo frames with silhouettes of people in the new P Nation update. The photo is captioned ‘Coming Up Next,’ with the date 29 March 2022 and the time 6 PM, as well as a hashtag that has sparked speculation among fans, according to meaww.com.

While there are numerous other possibilities, fans believe this preview is a clue to a partnership between HYBE artists. If not, hopeful fans are willing to manifest not one but three new P Nation entries from previously retired artists. While the latter appears highly unlikely, fans are nonetheless ecstatic.