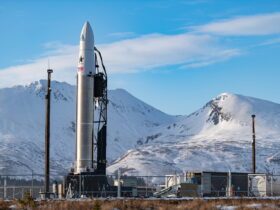 The sequels to the 2017 first movie were created as a 20th-anniversary project for the manga and will continue until the book’s last chapter. On May 20, 2022, the first film Fullmetal Alchemist: The Avenger Scar will be released in Japan, followed by Fullmetal Alchemist: Final Transmutation on June 24.

The first four chapters of the original plot are covered. Warner Bros. released it in Japan on December 1, 2017. “Kimi no Soba ni Iru yo,” the film’s soundtrack, is sung by Misia.

European Industrialization is the inspiration for Fullmetal Alchemist. Set in a hypothetical universe where alchemy is a commonly practiced science in the early twentieth century.

Edward Elric and his younger brother Alphonse live with their mother Trisha in the remote town of Resembool, where they began self-teaching alchemy at a young age. When the brothers attempt to resuscitate Trisha after she died of illness, it backfires, and they face the repercussions as a result of the Rule of Equivalent Return: Edward loses his left leg, while Alphonse is carried into the Gate of Truth, according to the Fullmetal Alchemist Fandom.