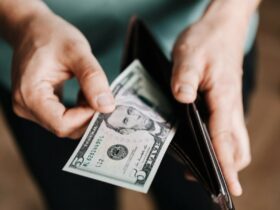 The scriptwriter/illustrator of the Fullmetal Alchemist is Hiromu Arakawa. From July 12, 2001, to June 11, 2010, it was published in Square Enix’s manga anthology magazine Monthly Shonen Gangan, with one new chapter every issue.

It was completed in June 2010 with 108 serialized chapters and 27  tankbon or graphic book volumes.  A visual portraying the character Scar is also featured on the site, as well as a countdown that will end on March 2.

The image appears on movie theater flyers, which are distributed in the same region.  As flyers advertising upcoming attractions on the vengeance-scar.jp website in the future.

The Fullmetal Alchemist Mobile game is being developed by Square Enix and it will be released this summer for iOS and Android smartphones this 2022 according to the post article on the Anime News Network.

On the 20th anniversary of the magazine’s debut publication. The  Fullmetal Alchemist project will be featured on the front page of the next Shonen Gangan issue.

As an extra clear file, a new image will be included. According to the post tweeted by Manga Mogura, there will also be a piece of fresh information on Hiromu Arakawa, the mangaka of the series.

Given the presence of Fullmetal Alchemist: Brotherhood and the fact that it ended in 2010, the latest project seems unlikely to be a fresh anime remake.  Comparing the live-action film that was released in 2017. It’s hardly surprising that FMA finally receives a mobile game adaptation after many partnerships with other brands.

Considering the growing popularity of successful franchises having mobile games, and also in terms of console games, the series hasn’t fared any better.

Whatever the case may be, 20 years is a lot for a series to remain popular, so fans will have to wait until next month to find out what’s new, based on the written news on the Gamer Braves website.