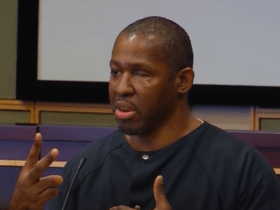 The crash of an American MV-22 Osprey during a massive NATO military exercise in Norway on Friday claimed the lives of four US Marines, according to the Norwegian prime minister.

For Cold Response, the US Marine Corps’ V-22B Osprey was participating in an exercise designed to test the ability of the Marine Corps and Norwegian defense forces to respond to an assault on Norwegian territory.

Four US Marines killed in crash

As reported by Mirror, Captain Matthew J. Tomkiewicz of Fort Wayne, Indiana; Captain Ross A. Reynolds of Leominster, Massachusetts; Gunnery Sergeant James W. Speedy of Cambridge, Ohio; and Corporal Jacob M. Moore of Catlettsburg, Kentucky, were the four Marines who were killed in the crash.

Local police said that the plane crashed in Nordland, a county in northern Norway. According to Nordland Chief in Staff Bent Eilertsen, police arrived at the scene around 1:30 a.m. local time and quickly confirmed that the four members of the crew had died.

It was verified by the Norwegian authorities that the bodies of the four crew members were recovered on Sunday.

Slain Marines to be reunited with their families

Officials say that the slain Marines will be reunited with their families in the following days through a dignified transfer.

“We will continue to execute the mission while keeping these Marines and their service on the forefront of our minds. We will never allow these Marines’ sacrifice to go unnoticed or unappreciated,” said Maj. Gen. Michael Cederholm, the commanding general of 2d Marine Aircraft Wing, as quoted by ABC News.

On Friday, the Norwegian Defense Forces and the Northern Norway Joint Rescue Coordination Centre confirmed that they were looking for an Osprey aircraft that had gone missing and failed to land at its destination.

Cold Response 22 is the largest NATO exercise since the end of the Cold War, with 3,000 U.S. Marines now stationed in northern Norway. This year’s drill involves a total of 30,000 soldiers. The exercise, which takes place every two years, was planned long before Russia’s invasion of Ukraine and serves as a training ground for multinational NATO forces.