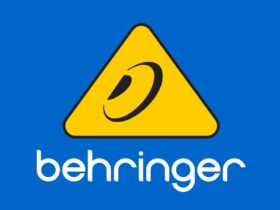 Three members of an Encino-based fraud ring who fled after being convicted of stealing more than $18 million in COVID-19 relief loans were nabbed in Montenegro.

Worth $18 million was stolen

The three fugitives were among eight members of a California crime ring convicted of stealing more than $18 million in Covid relief loans. According to the sources, Richard Ayvazyan, 43, his wife Marietta Terabelian, 37, and his sister-in-law Tamara Dadyan, 42, were caught in a small mountainous country in southeastern Europe.

Following the publication of this story, a Justice Department spokeswoman confirmed that the fraudsters had been apprehended in Montenegro.

According to ABC7, unlike its neighbors, Serbia and Croatia, Montenegro does not have an extradition treaty with the United States. Instead, law enforcement officials believed Ayvazyan and Terabelian were traveling together and had offered a $20,000 reward for information leading to the couple’s arrest.

Prosecutors claimed they used forged or stolen identities to apply for approximately 150 Covid relief loans from the Paycheck Protection Program and the Economic Injury Disaster Loan program. The stolen funds were used to make down payments on luxury homes and purchase items such as gold coins, diamonds, and a Harley-Davidson motorcycle, NBC News reported.

Navas Oxman, a spokesperson for the United States Department of Justice, confirmed that they are trying to seek their arrest warrant. The three fugitives are wanted for their roles in a scheme to defraud the government of millions of dollars in COVID relief funds. Two of whom fled after being convicted and sentenced to federal prison, and a third fled after failing to report to federal prison to serve her sentence.

Ayvazyan ‘victimized elderly people (including those with disabilities), deceased people, and foreign exchange students who had only spent a few months in the United States years before and now lived thousands of miles away in another country,’ prosecutors wrote.