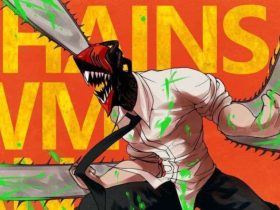 A viral social media footage captures a father hopping into the ring to save his son from a raging bull at the latest Belton rodeo. Landis Hooks of Louisiana, USA, came to rescue his 18-year-old bull-rider son, Cody Hooks. The latter had been thrown off the animal during an exhibition event last month at the Bell County Expo Center in Belton, Texas.

‘Father of the year’

The 40-year-old father saw his son being flung off, he ran towards him and established a human shield around him, even taking a hit from the bull’s head as it charged toward the duo. The crowd was astonished as the bull charged towards the pair, but Landis kept his body firmly pressed down while the bull rampaged around.

Many users praised Landis’ actions on social media, with one suggesting he be nominated for “Father of the Year.” The PRCA event was held in front of a large crowd at the Bell County Exposition Center. Hooks posted on Instagram, thanking his dad’s heroics. Commenters described the father as the “real deal” and “a badass dad.” The father is a “warrior,” according to Twitter, and fathers make the best protectors, MYSA posted.

No one was injured

Fortunately, the bull named Twizler did not injure the father or cowboy, but he did push them with his head. Both the son and the father walked away from this situation unscathed. But, given the danger they were in, this was a big deal.

In a video interview, Landis described the entire event, saying that’s just part of the everyday cowboy life where I come from.  If someone falls, you must assist them. But he is glad he was present. He recalled that things had just calmed down for him when his son was flung from the bull, and his first instinct was to protect him. He just wanted to ensure that the sucker didn’t come back and get on top of him like he was about to, MSN reported.