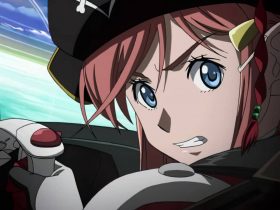 The effect of manga piracy reached its worst moment in history

Who is Erykah Badu?

Fans are going crazy over a photo that Erykah Badu’s daughter Puma Curry uploaded to Instagram, showing her and her mother looking alike. On January 22, 2023, Puma shared photos of herself and her mother, Erykah Badu, wearing matching leggings from the apparel line TLZ L’FEMME on her Instagram. The two women in the shot appear to be twins despite their different ages. We focus on Puma, the daughter of the queen of neo-soul Erykah Badu, and her life.

Who is Erykah Badu’s Daughter Puma?

Puma Curry is the child of rapper The D.O.C., actual name Tracy Lynn Curry, and singer Erykah Badu. She was supposedly born on July 5, 2004, and she is from Dallas, Texas.

She has two siblings: a younger sister named Mars and an elder brother named Seven, whose father is Andre 3000. With the caption “18 or wtv,” Puma, who is now 18 years old, posted a photo from her birthday on July 13.

Ms. Badu has frequently showcased her daughter’s skills online throughout the years, showing that she is a very proud mother. For instance, she shared a video of Puma singing to her for her 47th birthday on stage in Dallas in 2018. “Thank you PUMA!,” Erykah wrote. I cherish you.

Puma has 749.3K followers, and 18.4M likes on TikTok, where she is extremely active. She frequently uploads videos of herself participating in TikTok trends and experimenting with various sounds and filters. 199K people follow Puma on Instagram.

Fans are in awe at how like the mother-daughter duo from Badu looks.

The apple doesn’t fall far from the tree, said one fan, while another added, “She get it from ha mama!”

Additionally, Puma shared the image in a TikTok video, where it gained even more admirers. You and your mother are stunning, one fan remarked, and another added: “Yeah puma yu should chill ” I can’t have a crush on you and your mother.

The similarity in complexion between Puma and Erykah Badu has been highlighted before. The mother-daughter team appeared in a 2017 Vogue Mexico photo shoot.

For the magazine’s September issue, a high-fashion editorial was shot at a grocery store, and the women were dressed similarly eccentrically.

Erykah also shared other images from the shoot to her Instagram account, showing the couple sporting more coordinated outfits. “Me and my Puma,” she wrote as the caption.

In new photos, Erykah Badu and her daughter Puma Curry flaunt their bodies.

Social media is buzzing about the soul singer and her kid Puma Curry.

“Erykah Badu and her daughter Puma with the flex are literally proving to us that it all comes down to genes! “stated a Twitter user. Online, a lot of individuals shared this opinion, even though some questioned the wisdom of shooting booty pictures with your mother. One person retorted, “I don’t know if I would snap a picture of backshots with my mum; however that is extra.”

Although the daughter of the Dallas star is an adult, she did assist another soul singer in giving birth to twins. In fact, Badu acknowledged Summer Walker’s pregnancy with twins and stood by her throughout. Walker thanked her and her other family members for their assistance later.

Curry also genuinely assisted Badu in that process. The 51-year-old mentioned her daughter, who was also on hand to assist, in the Instagram post she published to announce the twins.

Peace, peace… The “On & On” singer penned, “MEET THE WELCOMING COMMITTEE.” Mother-Daughter DOULA responsibility. As we assist a mother in labor with twins today, a very skilled doula is observing me in my training sessions. @pumacurry I adore you and am so proud of you. Surely a doula is like water. Observe your gut feeling. Mother Badoula (We are using noise cancellation while listening to alpha wave.

Read Also: Everyone is single, which is a key component of dating five men, as explained by Carol Vorderman.