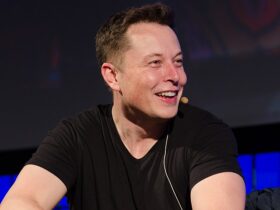 Eren Jaeger, the series’ protagonist, has evolved from a tragic and idealistic hero attempting to defend humanity’s last city from a horde of man-eating giants into a mass-murdering extremist

Over the span of four seasons and eight years, Attack on Titan has sparked intense and heated conversations about what many regards as the series’ fascist undercurrent especially in light of the unsettling real-life historical analogies and pro-imperialist undertones shown in the manga’s closing chapters.

The majority of the debate over the series’ questionable message centers on one character in particular. The article contains spoilers for Attack on Titan: Final Season Part 2 episode 79, Memories of the Future.

Fans of the series are divided on Eren’s arc, to the point that the character has been nominated for both best protagonist and best antagonist, according to the published on Polygon.com website.

Even Bryce Papenbrook, who has portrayed Eren Jaeger in the English version of Attack on Titan for the past eight years, is undecided about Eren’s moral orientation.

With only a few episodes remaining in the series’ final season, Polygon chatted with Bryce Papenbrook, the English voice actor for Eren Jaeger, the protagonist/antagonist of Attack on Titan, to find out if Eren is a monster or a sad hero doomed by fate, according to the written post on the Knowledia news webpage.

Despite the fact that Papenbrook is Eren’s voice, he is oblivious of the events of the manga’s conclusion, preferring instead to watch the series’ conclusion with the rest of us as he tries to figure out how he feels about the character.

In reality, the answer to the question has shown to shift with each new episode from week to week.

Last week’s episode ended with Eren and his brother Zeke traveling back in time to the tragic moment when Eren’s father Grisha killed the Reiss family in order to take the Founding Titan, showing for the first time Eren’s own direct part in influencing his father’s actions to influence the future.