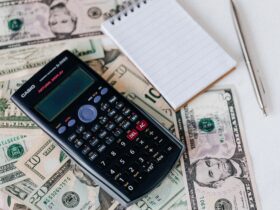 “The Most Strong and Loving Woman,” Lisa Marie Presley, daughter of Elvis and Priscilla, died at 54.

In a statement to PEOPLE on Thursday night, Priscilla said, “It is with a heavy heart that I must deliver the heartbreaking news that my lovely daughter Lisa Marie has left us.

“I have never met a lady who was as passionate, strong, and loving as she was. We request discretion as we work to process this tragic loss. Thank you for your prayers and kindness. No more commentary will be made at this time.”

Presley received emergency medical attention on Thursday morning for what might have been a cardiac arrest. A paramedic response to the 5900 block of Normandy Drive in Calabasas for the treatment of a woman in her 50s who was not breathing was confirmed by a representative for the Los Angeles County Sheriff’s Department to PEOPLE. Once they noticed “signs of life,” the paramedics stopped performing CPR and took the woman to a nearby hospital for “urgent medical attention.”

The Los Angeles County Fire Department verified to PEOPLE through a spokeswoman that the unit was sent to the address in response to a cardiac arrest call.

Lisa Marie Presley moved to Los Angeles at the age of 4 with her mother after her parents’ 1973 divorce. Lisa Marie was born in Memphis, Tennessee, on February 1, 1968, precisely nine months after Elvis and Priscilla’s wedding.

Lisa Marie Presley, then 9 years old, together with her grandfather Vernon Presley and great-grandmother Minnie Mae Hood Presley, were co-heirs to Elvis’ estate when he passed away in August 1977. She was the only heir after their respective passings in 1979 and 1980, and she also received her father’s home, Graceland.

When Lisa Marie spoke about her time with Elvis on Good Morning America in 2009, she said, “He’d always wake me up to sing in the middle of the night, get on the table and sing.” “He was a really dynamic parent, but I only remember him as my dad.”

Lisa Marie wed Chicago-based musician Danny Keough in October 1988, and the couple had two children together: Riley was born in 1989, and Benjamin was born in 1992. The couple filed for divorce in May 1994, five and a half years after getting married.

She initially met singer Michael Jackson at one of her late father’s Las Vegas performances when she was seven years old, and the King of Pop was still a member of the Jackson Five. Less than a month later, they were married. “I dedicate my life to being Michael’s wife because I love him so much. I concur with him and understand, “Lisa Marie at the time read a statement. “We are both excited about starting a family.”

She said in an interview with Oprah Winfrey in 2016 that “the one thing that resonates with Michael also with my father towards this subject is that they enjoyed the luxury of generating whatever world around them they chose to create.” “They could choose the types of individuals who would support or reject their proposal. They may be thrown away if they weren’t.”

When she met artist Nicolas Cage at a Johnny Ramone birthday party in 2000, when he was still married to Patricia Arquette, their engagement to Hawaiian-born composer John Oszajca ended.

On the anniversary celebration of Elvis Presley’s passing, Lisa Marie and Cage got married in Hawaii two years later during a private ceremony. But less than four months after getting hitched, the couple made a divorce announcement.

In a statement provided by her publicist, Paul Bloch, Lisa Marie said, “I’m heartbroken about this, but we shouldn’t have gotten married in the first place.”

Read Also: Who is at risk if 78-year-old guitarist Jeff Beck ‘suddenly’ passes away from bacterial meningitis?