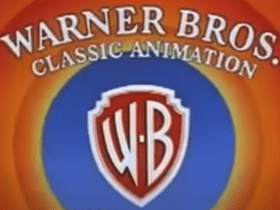 Jack Sweeney, the 19-year-old who started a Twitter account to track Elon Musk’s private jet earlier this month, is now targeting Russian billionaires. Some of Russia’s wealthiest citizens’ planes are being tracked by Sweeney.

An Orlando-based University of Central Florida freshman has been watching and tweeting about a Gulfstream G650ER he believes to be Elon Musk’s private plane since the summer of 2020.

According to the New York Times, Sweeney said that he tracked Musk’s jet using data from its transponders, which are public records of the aircraft’s altitude, latitude, longitude, and heading, as well as an algorithm and a bot he constructed.

In an interview, Sweeney said that he received a direct message from the billionaire on Twitter on November 30 requesting him to shut the @ElonJet Twitter account since it was a security risk.

When Elon Musk’s private jet was tracked by a teenager on Twitter, the teenager switched his attention to Russian billionaires, a new subject for him. When and where some of Russia’s wealthiest businessmen’s planes take off and land is being tracked by an account called Russian Oligarch Jets.

According to Newsbreak, on Sunday, when the United States imposed sanctions on numerous members of Vladimir Putin’s inner circle and vowed to locate and freeze their assets, including their boats and houses, an automated feed began tweeting.

The Russian billionaires are still flying around the world on private jets and yachts, despite sanctions imposed in response to Russia’s invasion of Ukraine. They may be transferring their megayachts to Montenegro and the Maldives as a means of avoiding the seizure or freezing of their assets.

As per the report, Sweeney stated in his tweet not to expect it to be very precise because there are multiple VIP planes and not as much flight data available in Russia.