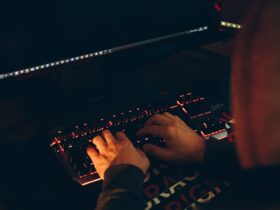 How to Prevent Financial Scams amid COVID-19 Pandemic

The previous season of Super Dragon Ball Heroes came to a conclusion, and the remake of the series took a few months off before launching its current narrative: The Ultra God Mission.

With the first series of the new plot is already out, a new poster has been released to commemorate the continuation of the series, which brings together innumerable heroes and villains from Dragon Ball’s past, and now features some significant players from the Shonen series battling in a fresh new tournament.

DBS shared a new poster on Twitter that features Goku, Vegeta, the Time Patrol’s Goku, the Supreme Kai of Space and Time, and the Ultra God Mission’s new enemies. To build excitement among the fans for this new competition, which will feature both new and familiar characters from the film series, according to Verve Times.

The Ultra God Mission has organized a Super Space-Time Tournament for the Z Fighters and some of their comrades from many universes and alternate realities, as well as a few huge surprises. While fans wait for word on when the main Dragon Ball Super tv series will return, Heroes has proved to be a popular story-telling style for the Dragon Ball brand.

Dragon Ball may be preoccupied with its anime, but it isn’t simply Dragon Ball Super: Super Hero that keeps fans on their toes. While the film is set to premiere this April, fans can still catch new episodes of Dragon Ball Heroes every month as the PR anime continues to release new episodes. Now, a brand-new arc in the series has begun, and its huge premiere promises the return of Future Gohan.

With the debut of Dragon Ball Super: Super Hero in April, the main anime program has plenty of material to tackle In the Ultra God Mission, fans want to see conflicts between characters from Dragon Ball’s past.