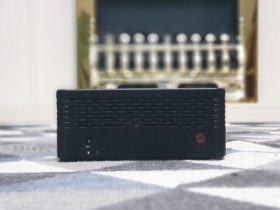 Minisforum EliteMini H31G [Review] : What Do We think About this 65W CPU and 75W GPU?

Truth Social app, Former President Donald Trump’s social network launched on Monday, but it has been almost inaccessible due to technical issues, including a 13-hour outage, and a 300,000-person queue.

The report also stated that Truth Social was the most popular free app in the United States on Monday morning, according to Apple’s rankings, beating out the “Talking Ben the Dog” children’s game, HBO Max, TikTok, YouTube, Instagram, and Facebook, among other contenders.

Trump was banned from several social media networks, including Twitter,  after critics accused him of encouraging the Jan. 6 Capitol brawl. The ex-POTUS and conservative media have seized on the subject of free expression in a social media sector dominated by a few big titans. Republicans rushed to use Truth Social to raise funds for their campaigns.

As reported by Washington Post, early glimpses of Truth Social reveal that its features are nearly identical to those provided by Twitter and other sites for years — with the exception that tweets are referred to as “truths” and retweets as “retruths.”

As a result of the site’s early difficulties, some have questioned whether Trump’s organization will be able to manage more difficult long-term tasks, such as monitoring for potentially harmful content and protecting against cyberattacks.

Bill Fitzgerald, a privacy researcher, said that in the absence of anyone who can be onboarded, this is the most telling symptom of a hasty implementation. It’s not clear to him why anyone would put their trust in these individuals to keep their information private.

A number of additional indicators suggested that Truth Social’s developing difficulties were just getting started. For the time being, the app is exclusively available for iPhone users in the United States.