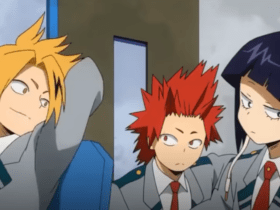 The Doctor Strange 2 trailer revealed a slew of new foes for Strange to face in the sequel. From Gargantos to the evil Strange Supreme variant of Doctor Strange from Marvel’s What If…?, the threat to the multiverse grows in the trailer. Nonetheless, none of these concerns compare to the potential risk of Alioth being the film’s main villain.

On Marvel’s official website, the Marvel Cinematic Universe or MCU unlocks the Multiverse and pushes its bounds further than ever before in Doctor Strange in the Multiverse of Madness.

The viewers will be traveling into the unknown with Doctor Strange as he crosses the mind-bending and deadly various realities of the Multiverse with the help of both old and new mystical allies to fight a mysterious new opponent.

According to CBR.com, a teaser trailer for Doctor Strange in the Multiverse of Madness is featured in the No Way Home post-credits scene. Although little is known, it is evident that Strange’s spell has had repercussions that are causing havoc in the multiverse.

Screen Rant says that Alioth could be the supervillain in Doctor Strange 2 that poses the biggest threat – even bigger than Thanos himself.

In the Loki Disney+ series, Alioth made his first appearance. In the series, He Who Remains (founder of the TVA) used Alioth’s abilities to halt a conflict between universes and timelines. He, who Remains deployed the trans-temporal beast to protect the Citadel at the End of Time, which the TVA used to kill whatever (and anybody) they trimmed from branched timelines.

With the death of He Who Remains, the Loki trilogy ended on a frightening note. Without someone to regulate the creature’s strength, Alioth has become a destructive force that threatens all realities.

Like Spider-adversaries, Man’s Alioth may cross over into another universe. In the Doctor Strange 2 trailer, a huge dark cloud looked to be approaching Kamar-Taj and the Masters of the Mystic Arts citadel. The rolling cloud that frightened the Kamar-Taj sorcerers looked like Alioth.