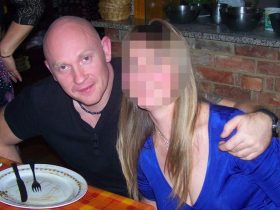 The incident took place as a bus returned to the Charlottesville campus from a trip.

Stories of the mass shoot victims

Devin was a wide receiver in his first season at UVa. He did not appear in 2022 matches.

Devin was a second-year student at Virginia Beach. He was a wide receiver and transferred to Uva from Wisconsin.

Even after leaving the University of Wisconsin, Chandler had an everlasting impression on his teammates. The defensive coordinator of Wisconsin, Jim Leonard, said in his statement.

He was an unbelievably nice person, always having a big smile, fun-loving and friendly, Jack Hamilton, a professor of American Studies and Media Studies at the university, said in his tweet.

D’ Sean Perry was in his fourth year, playing as a junior linebacker who played in 7 games in the current season for the Cavaliers. Perry recorded an overall 7 tackles in 2022. It also includes two, which he played against Miami on Saturday.

Davis was playing as a junior wide receiver. He made 16 holds for 371 yards and two touchdowns in the current season. He was in his third year.

6 foot 7 inch Davis Jr. was a top wide receiver of the Virginia Cavaliers. He earned  16 catches for 371 yards and two touchdowns in the current season.

Along with the three athletes, one of two other students died during the treatment due to severe injuries.

The mass shooting survivor Michael Hollins is also a football player at the university. He is a running back for the UVa football team.

Hollins was expecting to complete his graduation in entrepreneurship and African American History in December. His father said to the media.

He also stated his son was still expected to continue playing for the UVa team by studying for his Master’s in UVa.

According to the statement of Hollins Sr., Michael was shot in the back, and the bullet bided in his stomach. However, he is expected to recover.

Who is the suspect?

Christopher Darnell Jones is the prime suspect and has been arrested by the UVA Police. Christopher is a former football player at the university. He has been charged with murder.

Why does the US is involved in gun violence culture?

Gun Violence and mass shooting are devastating and have been increasing every year for a long period in the US. America is listed among the top countries for gun violence and its ownership. Encouragement of gun ownership by different political groups has less to no change in the violence despite the various gun reformations rules.

There is no clarification on mass shootings by the officials. But by now, 600 incidents have taken place, and in each shoot, at least four people were shot in the country this year. As an example, America has witnessed around 25 shootings in the month of November only.

It is a very saddening truth that not only the families but the university and the country have lost their gems which could have brought medals and awards in the near future, but they left the world at a very young age.