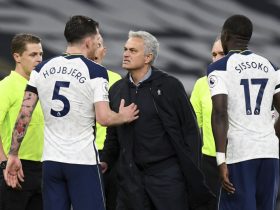 A dentist in Wisconsin have been found guilty of healthcare fraud and other offenses on March 11, after purposely destroying their patients’ teeth and billing them for the repairs, according to federal authorities.

Attorney General Richard G. Frohling of Wisconsin’s Eastern District reported that Scott Charmoli, 61, had been convicted of five counts of healthcare fraud as well as two charges of making false statements connected to healthcare on March 11. Charmoli, a resident of Grafton, is expected to be sentenced in June and face a maximum penalty of 60 years in jail.

As reported by Fox News, an intensive sales campaign was launched by Charmoli in 2015 to convince patients that they needed to have crowns installed on their teeth. Prosecutors allege that after persuading his patients that they required crowns, Charmoli intentionally fractured their teeth with a drill during the surgeries. To have the crowns covered by insurance, he took x-rays and photos of the damaged teeth and sent them in.

Even though Todd Tedeschi thought his teeth were perfectly healthy, Charmoli urged him to have two crowns done at once so that he would not have to go through the pain of having to have anesthesia again. He stated it sounded excessive, but he didn’t know any better. Because Charmoli is a professional, he trusted him much more.

Charmoli was only guilty of “hard work” after committing healthcare fraud

According to The Guardian, from 2016 to 2019, Charmoli performed more crowns than 95% of Wisconsin dentists, racking up more than $4.2 million in crown billings. An insurance company executive testified that Charmoli performed more than 32 crowns per 100 patients compared to the average Wisconsin dentist’s six crowns per 100 patients.

Charmoli reportedly had over $6.8 million in assets at the end of 2020, including vacation houses in Wisconsin and Arizona.

Over a hundred of Charmoli’s former patients have filed medical malpractice lawsuits against him, and those processes are expected to commence as soon as Charmoli’s federal criminal proceedings are over.

As per the report, during Charmoli’s December 2020 arraignment, where the dentist pled not guilty, his lawyers commented that Charmoli was only guilty of “hard work,” despite the fact that they did not provide comment to the Post following Charmoli’s conviction.