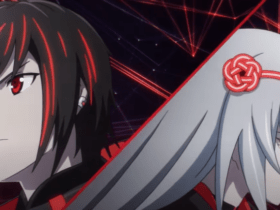 In a new collection of costume photos from one cosplayer, all three of Sound Hashira’s demon battling wives are brought to life. Hinatsumu, Suma, and Makio from “Demon Slayer” have all been portrayed by one cosplayer, reports cbr.com.

On Instagram, Thala, a content creator and artist, dressed up as all three of Tengen Uzui’s wives. The outfits are “closet cosplay,” according to one of the photographs’ descriptions, which means they were made from items already in Thala’s wardrobe and costume collection.

Despite this, the cosplayer was able to produce three stunningly accurate renditions of Sound Hashira’s favourite family members. The cosplayer triumphantly wrote in their post for the third and final member of the trio, Suma, “The sacred Waifu Triforce has finally been attained.

Thalía’s Instagram page has more pictures of her costume. Besides Makio, Suma, and Hinatsumu, the cosplayer has also played Tanjiro Kamado, the series’ main character. They’ve also cosplayed characters from other popular anime series, including “KonoSuba: God’s Blessing on This Wonderful World”! and “My Hero Academia”.

During the current second season of “Demon Slayer”, the three demon-slaying female ninjas or kunoichi can be seen assisting their spouse during the Entertainment District arc. Yosuke, Tanjiro, and Zenitsu, the show’s principal swordsman trio, are meant to be mirrored in the three wives’ characteristics.

After a seven-episode recreation of the events of the 2020 film Mugen Train, the latest arc of the show premiered in early December. Tanjiro and their companions partner up with the Sound Hashira to stop a powerful demon who has been utilising the red light district to mask her operations within a bustling city, several months after  Hashira’s climactic battle with Akaza, who was a demon.

In 2016, Koyoharu Gotouge developed Demon Slayer. With over 150 million copies in circulation worldwide, the series is one of the best-selling manga of all time. Even though the manga’s final chapter was published in late 2020, it was still the second best-selling manga in 2021 in Japan, trailing only Gege Akutami’s Jujutsu Kaisen.

In 2019, studio Ufotable released an anime adaptation of the book. Mugen Train, the first film in the series, is the highest-earning anime film of all time, grossing over USD 500 million during its initial theatrical run. The anime series’ second season is presently streaming on Funimation and Crunchyroll, with Funimation and Crunchyroll providing simultaneous broadcasts.