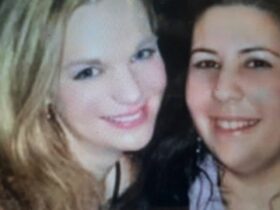 The world has been struggling for a long time since the Coronavirus Disease, commonly known as COVID-19, spread like a wildfire back in 2019. Even though governments around the globe and health organizations have been working to stop or even decrease the spread of the virus, seems like COVID-19 will not submit to defeat easily. Since its discovery, many variants of it have come to light like mushrooms. One of these variants is Deltacron.

Deltacron is a newly discovered variant that was considered as a recombinant variant given that it is a hybrid containing genes both from the Delta variant and the Omicron variant.

In a report by The Guardian, Dr. Etienne Simon-Loriere of the Institut Pasteur said that the ones identified in France and Denmark/Netherlands are very similar and could be the same hybrid (with the same parental viruses) that has traveled. However, as he stated, the probable Delta-Omicron recombinants reported in places such as the United Kingdom and the United States appear to mix distinct bits of their parental viruses and hence differ from the Deltacron found in France.

The researchers noted that multiple other recombinant viruses could be produced from Delta and Omicron.

The Independent UK recently reported that the Deltacron variant has been circulating in France since early January though the details of the new variant were not yet confirmed at that time.

As of today, there are at least 17 confirmed patients in the U.S. and Europe. UK Health Security Agency confirmed around 30 cases have been detected in the whole of the UK following their investigation of a variant they named “Delta x Omicron Recombinant (UK)” — which was not confirmed if related to the Deltacron detected in France.

The Guardian stressed the fact that since a little number of cases have been reported, experts cannot tell yet the symptoms and the severity of the hybrid variant. They also have mentioned that this will not be the last of hybrid variants as it is not an uncommon case.

But that doesn’t mean the variant is cause for concern: the UKHSA reports that the variant isn’t growing at an alarming rate. Previous Delta and Omicron waves, as well as immunizations, indicate that there is likely to be some protection against this variation. The UKHSA is still researching and monitoring the aforementioned hybrid variant as of today.