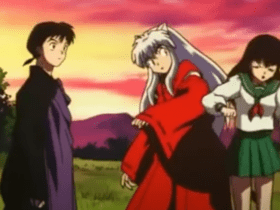 On Tuesday, Chinese President Xi Jinping called for peace and “maximum restraint” in Ukraine to avoid a “massive humanitarian crisis.” However, in his most detailed feedback on the conflict in recent memory, the leader refrained from directly condemning Russia or its president, Vladimir Putin.

Countries must consider the negative effect of conflict

According to Chinese state broadcaster CCTV, Mr. Xi said during a virtual meeting with French President Emmanuel Macron and German Chancellor Olaf Scholz that the three countries should encourage peace talks between Russia and Ukraine. He  described the scene in Ukraine as “worrying” and said the priority should be to keep it from escalating or “spinning out of control.”

He also stated that France and Germany should work to mitigate the harmful effects of the crisis and expressed concern about the impact of sanctions on global finance, energy supplies, transportation, and supply chains, abc.news.au posted.

On Monday, Chinese President Xi Jinping stated that China should strengthen its use and creation of military laws when interacting with other countries. As part of its efforts to uplift the role of laws in governing the country, Beijing has long advocated for prioritizing foreign-related legal work. It includes participating in creating international law, settling conflicts through agreements, and revising domestic laws to align with those of other jurisdictions.

The term “foreign-related legal work” has primarily been used in international trade, with less emphasis on military engagement rules. In its 2021 annual report, China’s highest legislative body, the NPC Standing Committee, also called for creating more foreign-related laws. It is described as a “legal toolbox” to protect against punitive measures, foreign interference, and other countries’ long-arm authority, according to South China Morning Post.

China’s Foreign Minister Wang Yi highlighted China’s “rock-solid” friendship with Russia and stated that the two countries’ collaboration prospects are extensive. According to Wang, Russia is Beijing’s “most important strategic partner.” Their bilateral relations are beneficial to global peace, stability, and development.

The dw.com reports stated that no matter how dire the international situation becomes, both China and Russia will retain their strategic resolve and advance the comprehensive strategic cooperative partnership in the new era.