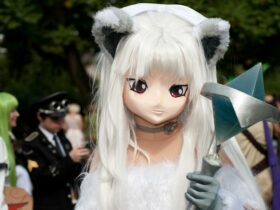 Several restrictions have been added to China’s domestic television industry, including a rule that celebrities’ total salaries may not exceed 40 percent of a program’s production cost. The principal performers’ pay should not exceed 70 percent of the performers’ total pay.

Celebrities showing off their wealth on social media

China’s attack on celebrity culture, which has included a prohibition on its celebrities flaunting their wealth on social media, is the latest development in the city’s ongoing campaign, according to the Daily Mail UK. The crackdown on television salaries followed a public outcry last year when it was disclosed that star actress Zheng Shuang received a $25 million salary for acting in a single TV series.

It was decided to launch an investigation by the national authority’s Beijing branch since it was alleged that the TV production team had violated the cost percentage standards.

The report also stated that it was not immediately known what the entire budget for the show was. Shuang was also hit with a £34million punishment by Beijing authorities for tax evasion between 2019 and 2020, and she was barred from working for any production companies in the city after that.

According to The Print, the purpose of the plan is for TV dramas should improve their cost management and accounting, and their income distribution should be standardized, including celebrities’ compensation.

The overall compensation for all actors in a TV series cannot surpass 40% of the entire production cost, and the principal actors’ compensation cannot exceed 70% of the total actors’ pay. Furthermore, according to the plan, illegal and immoral artists are prohibited from appearing on TV dramas, and there should be industry-wide penalties for individuals who violate laws and regulations.

Training and ideological and political supervision for TV drama employees must be strengthened. The strategy stated that Chinese TV dramas should aim to make China a cultural power by 2035.