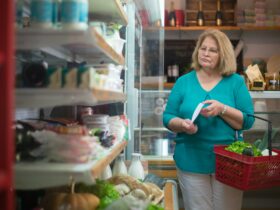 With this year’s tax refund, families who are qualified for the Child Tax Credit will get at least half of their total money — $1,800 per child under the age of six or $1,000 per child between the ages of six and seventeen.

Taxpayers who opted out of the monthly payments last year added a new dependent to their household, or had a big change in their income might get considerably more; up to $3,600 per child under the age of six, or $2,000 per child between the ages of six and seventeen, depending on their income.

Keep this crucial letter to claim $1,800 in Child Tax Credit

Per CNET via MSN, keep track of the IRS Letter 6419 to make sure you collect the rest of your money. It will inform you how much money you got in 2021, as well as the number of dependents who are eligible for payments.

Before submitting your taxes, double-check that all of the information on Letter 6419 is correct; otherwise, you risk delaying your tax return. This tax season, these people won’t have to worry about the Department of Education seizing their expanded Child Tax Credit stimulus payments, according to CNBC.

Those who got benefits after May 1 were not protected by the federal government’s freeze on student loans, while those who received benefits after that date were not.

As senators try to enact some version of the very contentious Build Back Better legislation, the struggle to maintain the increased Child Tax Credit continues in Washington. If the law is enacted, the popular credits would be extended for another twelve months.

Sen. Joe Manchin (D-WV), whose support is crucial in a Senate that is equally divided, is opposing the plan, claiming that it would just discourage people from working and that any new federal spending will only feed inflation, which has already risen to a four-decade-high level.

Dems in the Senate are urging President Joe Biden to maintain the expanded child tax credit as a “centerpiece” of the delayed social-spending bill.