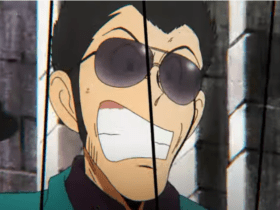 In this year’s state budget, a new Democratic alliance in the state Legislature wants Gov. Kathy Hochul and her colleagues to approve a $5 billion investment in the state’s troubled child care industry.

Lawmakers push for a budget increase

A group of 47 legislators and assembly members issued a joint statement Monday pushing for the budget increase, which they claimed would put New York on the road to universal child care access.

The statement was signed by Jabari Brisport, a state senator, and Assm. Andrew Hevesi, who chairs the Committee on Children and Families in both houses, as per WSKG.

Because of a record-breaking COVID-19 outbreak, staff shortages, and winter weather, many children in the United States have been unable to attend their regular daycare in the last month – and as a result, finding child care has been a nightmare for families, particularly in the Northeast and Midwest.

According to the Census Bureau’s new Household Pulse Survey, from December 29 to January 10, more than 1 in 4 families with children under the age of 5 reported being unable to send their children to child care due to safety concerns or because their usual option was closed, unavailable, or unaffordable.

Per US News, families suffered a great deal as a result of these difficulties. In Rhode Island, for example, 16 percent of families with small children reported that one member of the family had to take unpaid leave to care for the children. In New Jersey, 17% of households said that someone had to reduce their work hours. In Wisconsin, 11% stated someone in the family had to stop their work completely.

Signs That a Person Will be a Millionaire in the Future