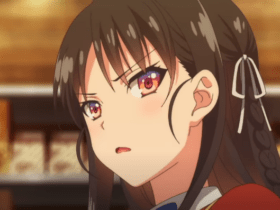 An anime convention in Manhattan, in which 53,000 have attended, sparked fears of a large coronavirus outbreak after the first individual infected with the Omicron variant was confirmed that attended the event.

However, a new CDC study released on Thursday suggests that strong air filtration, widespread vaccination, and indoor masks helped prevent the convention in November from becoming a superspreader event.

The C.D.C. said the attendance test results were similar to coronavirus tests in New York City around the same period, according to the New York Times.

Spreading virus at the anime convention

Since Omicron is so contagious and capable of spreading among the unvaccinated, the CDC claimed the virus transmission may have been considerably worse had the convention been held after Omicron had taken over.

As per the news report, the only Omicron infections at the anime convention were in a single cluster of at least 16 positive cases, the CDC reported separately on Thursday.

Tested positive after the convention

According to The Hill, only 119 people out of 4,560 participants who had test results available tested positive for COVID-19, a rate of only 2.6 percent.

Symptoms described by those who tested positive included nasal congestion, runny nose, and exhaustion. In a second, parallel CDC examination, 16 of 23 friends who attended the event tested positive. Four of them shared a vacation home and went to restaurants, pubs, clubs, and karaoke places mostly uncovered with masks.

The report also stated that the other 23 attendees had their primary COVID-19 immunization series, and 11 had gotten a booster. Their median age was 24 years old.

The 16 positive attendees infected 33 percent of their households after returning home, including four who had gotten a booster dosage less than 14 days before exposure.