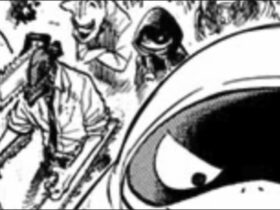 Jungkook of BTS may be a global celebrity who performs in front of thousands of screaming fans all over the world, but he appears to be more like us than we thought.

BTS members are well-known for their humility and down-to-earth dispositions, and it appears that they prefer to spend their free time just like the rest of us.

As expected, Jungkook received thousands of questions, but only responded to a small percentage of them, asking why he changed his Instagram username, the future of his hair color, and more.

Rather than asking a question, one fan advised Jungkook to binge-watch “Business Proposal.” However, Jungkook appeared to be one step ahead of the ARMY, explaining in his reply, “I already watched all of it,” according to Koreaboo.

The ARMY was discussing the newest SBS K-Drama Business Proposal, which is currently one of the most popular dramas on television. Given Jungkook’s recent displays of affection for K-Dramas, it’s no surprise that the star has entrenched himself as true “boyfriend” aspirations, and ARMYs like him even more.

Jungkook isn’t the only one who seems to be preoccupied with viewing shows right now; even member V has revealed what he’s been watching. At this pace, ARMYs will never be bored again, as BTS will provide them with a list of recommendations.

Jungkook also surprised fans by changing his Instagram username. The ARMY was moved by Jeon Jungkook’s change of username from ‘abcdefghi lmnopqrstuvwxyz’ to ‘jungkook.97’ earlier this week, which many fans thought brilliant.

While the singer provided no explanation, it broke ARMY’s hearts to watch Jungkook say goodbye to the pseudonym. One of the many questions asked during the Still With You singer’s AMA interview was concerning his username.

“Because it was too long,” Jungkook said, keeping his reaction short. But that wasn’t all he had to say. JK responded to over 50 messages, many of which were flirtatious in nature.

Jungkook, along with his fellow BTS members RM, Jin, Suga, J-Hope, Jimin, and V, will be traveling to the United States soon. BTS has been announced as a performer at the Grammy Awards in 2022. Their four-day concert Permission To Dance On Stage: Las Vegas will follow the event, News 18 via MSN reported.