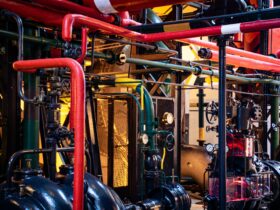 Congratulations to BTS’ Jungkook, who received the President’s Award from South Korea’s Global Cyber University. The K-pop sensation studied Broadcasting and Entertainment. Even though he was unable to join his graduation ceremony in person, he was able to speak in a video statement published on the university’s YouTube channel on Thursday, March 3.

A “golden maknae” and an achiever

Jungkook, the youngest of the popular South Korean boyband BTS, has graduated from university. He was an achiever, which earned him the ‘Golden Maknae.’ The 24-year-old K-pop star graduated with honors despite being a member of one of the world’s hottest boy bands with Jimin, V, Jin, J-Hope, Suga, and RM.

The young artist emphasized the importance of learning something new in his video message. He mentioned that people say graduation is both an ending and a beginning, making him both sentimental and thrilled. He believes that learning is always a fun, unique, and exciting thing to do. He hopes that none of us will miss the opportunity and will continue to strive for the goal as we are doing now, Republic World posted.

Furthermore, he stated that he would work hard to set a good role model for his juniors and revealed his plans. Jeon Jungkook noted that he would do his best to create more beautiful music performances for his adoring fans.

Of course, fans have taken to social media to congratulate JK on his big day, sending him love and support for landing such a prestigious honor. Some were even moved to tears, having witnessed the singer’s journey firsthand over the years. It’s fantastic that Jungkook has managed to do it all with their hectic schedules, Koreaboo wrote.

Meanwhile, over 800,000 tweets have been sent from fans worldwide congratulating the winner. “Congratulations Jungkook,” in particular, was trending worldwide as fans went to express their congratulations and well wishes to Jungkook.

A user named Twitterati commended him for accomplishing his goals. He came a long way despite his hectic schedule and attained his dreams, he congratulated Jungkook for working hard, and he is proud of him.

Another BTS fan shared that they didn’t completely disregard their studies despite being in the most prominent and busiest group. They always put in a lot of effort for everything; he is so proud of them. Jungkook, congratulations!