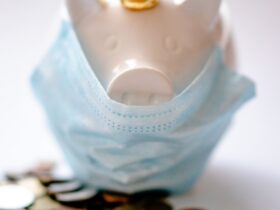 Their popularity has spread to TikTok, where BTS’s official account has 45.7 million followers, a figure that is growing by the day. With this number of followers, they are the most mainstream pop group on TikTok and the 16th most popular account overall on the platform.

BTS is also the most followed music group on Twitter, with over 44,167,059 followers, which comes as no surprise (at the time of writing). The previous record was held by One Direction, which amassed over 31.7 million followers in 2017, Soompi posted.

BTS in Hall of Fame

The three new additions bring BTS’s total world records to more than 25. BTS now holds 28 world records and will be inducted into the Guinness World Records Hall of Fame in September 2021 for their efforts.

BTS is no stranger to Guinness World Records, as they have more than 25 titles to their name, including several Billboard charts records. Most recently, “Butter” spent 18 weeks at the top of Billboard’s Digital Singles chart, tying their own single “Dynamite” for most weeks on the chart. BTS now has the most accumulated weeks at No. 1 on the chart as of December 13, 2021, surpassing Taylor Swift, Billboard wrote.